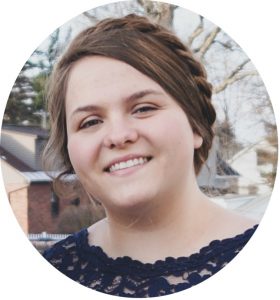 Amy is a full-time lab manager at the CIRCLE Lab. Originally from Upstate New York, she graduated from Harvard College in May 2021 with an A.B. in Psychology with a focus on Cognitive Neuroscience and Evolutionary Psychology. As an undergraduate, she worked on multiple projects in Harvard’s Stress and Development Lab studying the impact of early life adversity on social, emotional, and neural development and risk for psychopathology. She wrote her honors thesis on how early life exposure to emotional support relates to the development of emotion differentiation. In the future, Amy hopes to pursue a doctoral program in Clinical Psychology. Outside of research, she enjoys baking, getting lost in a good book, and drinking coffee. Amy has completed Mental Health First Aid training. (Pronouns: she/her/hers) 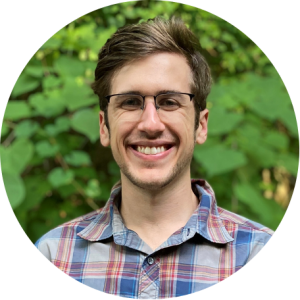 Will is a full-time Scientific Programmer and member of the Human Neuroimaging Group. He develops image processing software and assists with its training and adoption in the lab, in addition to serving as a general programming resource. Will graduated from Appalachian State University in 2016 with a BS in Computer Science. He started his career in industry, where he developed Python and R-based big data pipelines in both Azure and AWS for the enablement of advanced commercial analytics. He also developed Java-based RESTful APIs and both managed and taught a data engineering course for clients. Outside of programming, Will enjoys getting outdoors for hiking, camping, kayaking, and biking. 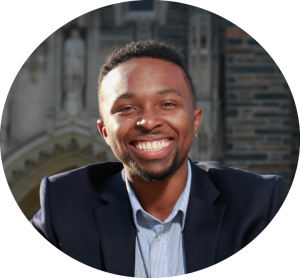 Carlton Johnson is a 2020 Duke Graduate with a BA in Neuroscience and a minor in Chemistry. While attending Duke, he operated as a research assistant in the Motor, Cognition, Aging Brain (MCAB) Lab under Dr. Gregory Samanez Larkin, studying the effects of dopamine availability and delayed discounting on subjective response. He also worked at the Lenox Baker Pediatric Hospital as a research assistant under Dr. Joan Jasien, studying the progression of neurodevelopmental diseases with age. Carlton plans to attend medical school in the future and has special fascination with addiction and neurological disorders. In his free time, he enjoys musicals, writing and cooking. (Pronouns: he/him/his) 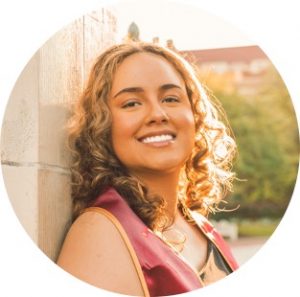 Celina is a full-time Research Assistant on the WHALE Study. She graduated from Florida State University with one B.S. in Psychology and another B.S. in Statistics. As an undergraduate, Celina researched how the early childhood environment influenced executive functioning and emotion regulation strategies across the adult lifespan. More specifically, Celina was interested in the long-term effects of adverse childhood experiences and she attempted to identify early resilience factors that might buffer against these effects. Celina enjoys painting, skiing and hiking with her dog. (Pronouns: she/her/hers) 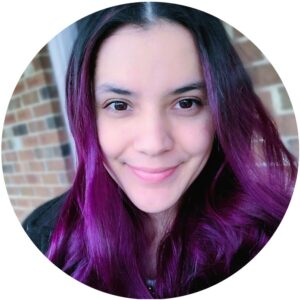 Dedra is full-time Research Assistant on the WHALE study. Originally from Alaska, she served in the Navy as an Aviation Structural Mechanic from (2013-2017) and was deployed twice in support of Operation Enduring Freedom and Operation Inherent Resolve. She returned to Alaska and took on the challenge of building—by herself—a house from (2017-2019). She is a 2022 UNC-Chapel Hill Honors Graduate with a BS in Psychology and a minor in Neuroscience. While attending UNC-Chapel Hill, she operated as a research assistant in the Brain and Early Experience (BEE) Lab under Dr. Cathi Propper, this is a longitudinal project investigating how prenatal factors and postnatal experiences influence infant behavior, cognition, and brain development. Using BEE lab data under her advisor, Dr. Cathi Propper, and mentor Dr. Ilana Berman, she completed her honors thesis which explored relations between maternal racial stress and infant temperament and reactivity in Black families. While at UNC-Chapel Hill she also volunteered at the Carolina Veterans Resource Center where she helps mentor veterans to transition into student life. In her free time, she enjoys craft projects, painting, games, hiking, and rock-climbing. After a time, she wants to continue her education in graduate school and in research that attends to the positions of marginalized populations in scientific research that looks at the long-lasting effects that adverse early life experiences, trauma, or stress have on brain structural development and cognition in children. (Pronouns: she/her/hers) 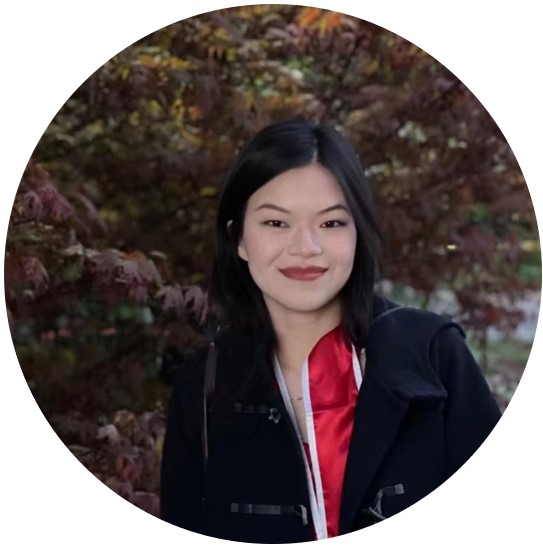 Jialin Lu is a full-time research assistant on the STTAR study. Jialin graduated from Cornell University in 2022 with a B.S. in Human Development. As an undergraduate, Jialin was a Research Assistant in the Cornell Child Witness & Cognition Lab, the Cornell Human Intelligence Lab, and the Cornell Affect & Cognition Lab. Learning from the labs she worked in, Jialin hopes to investigate her research and develop intervention curriculums by integrating various methodologies. Jialin is interested in using interdisciplinary (MRI, survey, clinical interview) methods to understand how adverse life experiences impact one’s resilience development and development of various psychopathologies. In the future, Jialin plans to pursue a PhD in Clinical Psychology. In her free time, she enjoys cooking, doing arts and crafts (puppetry), and exploring good cafes and local museums. (Pronouns: she/her/hers) 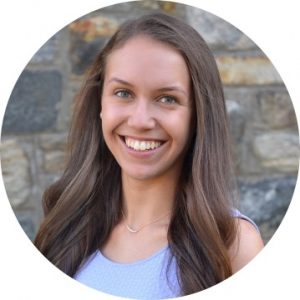 Katie is a full-time data analyst on the WHALE Study. Katie graduated from Cornell University in 2019 with a B.A. in Psychology, and a minor in Creative Writing. As an undergraduate, Katie was a Research Assistant in the Eleanor J. Gibson Laboratory of Developmental Psychology studying the development of communication and social learning under Dr. Michael Goldstein. For her undergraduate Honor’s Thesis, Katie investigated whether infants could learn from a robotic interaction partner. Prior to joining the CIRCLE Lab, Katie worked as a Clinical Research Assistant at the Gaab Lab at Boston Children’s Hospital and the Harvard Graduate School of Education. At the Gaab Lab, Katie primarily studied the neural pre-markers of developmental dyslexia, and worked on analyses involving children who had faced early life adversity in Dhaka, Bangladesh. Katie is interested in learning how adverse early life experiences affect neural development and the development of various psychopathologies, and how these findings could inform future interventions. (Pronouns: she/her/hers) 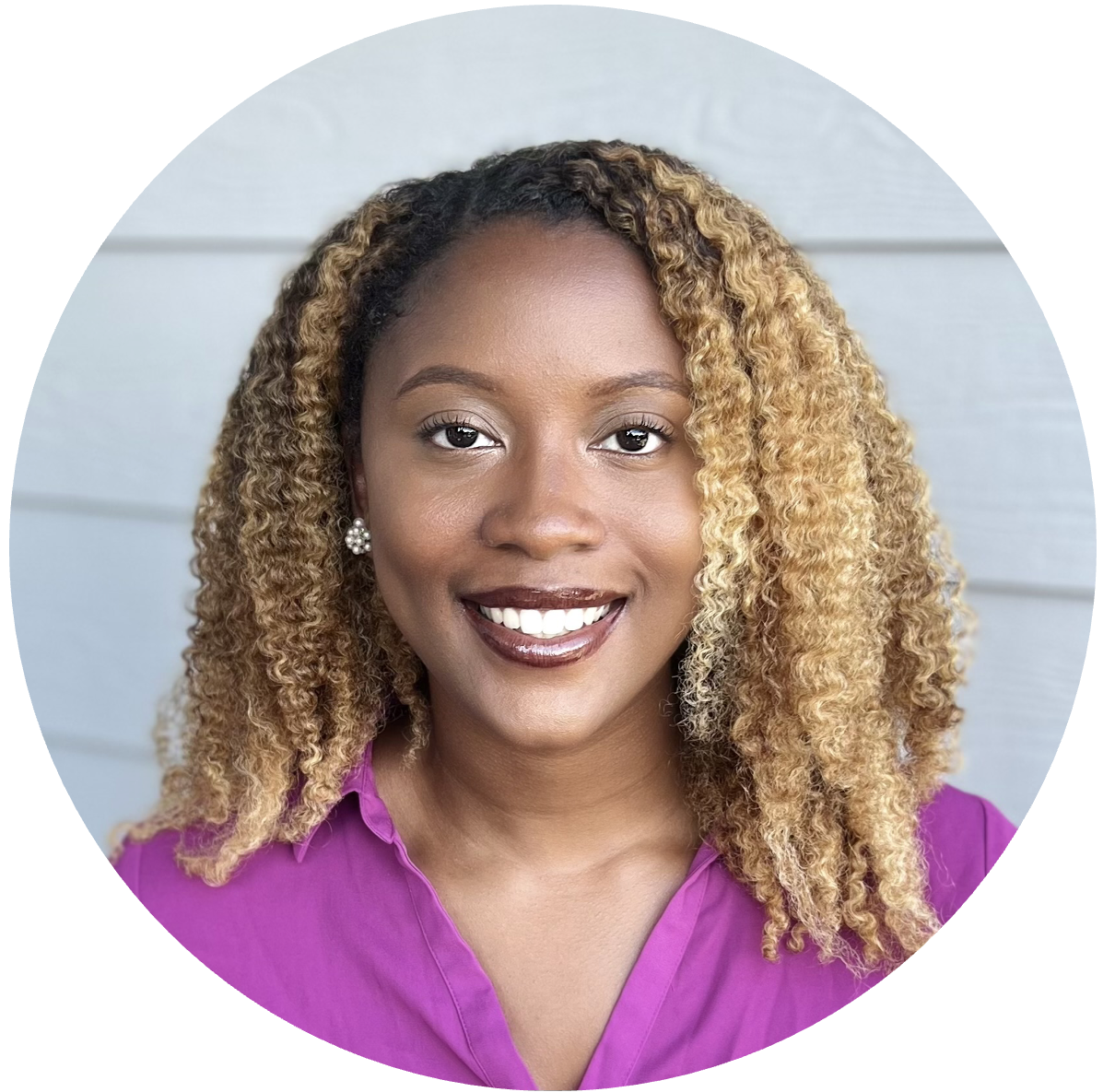 Lauren is a full-time research assistant on the STARR Study. She graduated from Old Dominion University in Norfolk, Virginia with a B.S. in Psychology and a minor in Human Services. Lauren was previously a fellow of the NIH-funded MARC U*Star program which granted her a profuse amount of research experiences in sexual minorities and health behaviors (i.e., eating disorders and body image), and early life adversity in racial minority populations. Her research interest broadly encompasses the developmental outcomes (i.e., emotional/behavioral regulation) in children exposed to intimate partner violence, community violence, problematic parenting, and child maltreatment. In the future, she aspires to continue her education with a Ph.D. in Clinical Psychology. Outside of research, she enjoys binge-watching Netflix, exploring new restaurants, and spending quality time with family and friends. (Pronouns: she/her/hers) 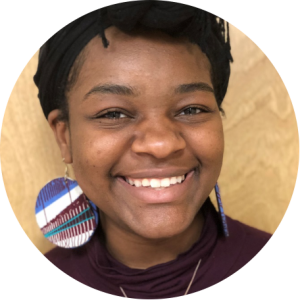 Maresa is a full-time research assistant on the WHALE study who graduated from the College of Wooster with a B.A. in Cognitive and Behavioral Neuroscience in May of 2021. As an undergraduate, Maresa was selected as a CDC Undergraduate Public Health scholar where she worked as a clinical research intern at Johns Hopkins and Kennedy Krieger Medical Institutes’ Sickle Cell Neurodevelopmental Clinic. Maresa completed their undergraduate thesis investigating the role of anti-Blackness in the processing of hair during facial identification between Black and non-Black individuals. Their study analyzed hair alterations’ effects on facial recognition accuracy between own-race and other-race faces, with the use of eye-tracking technology. Maresa has always had an interest in working with foster care youth and child victims of human trafficking and plans on pursuing a career as a pediatrician-scientist specializing in Child Abuse and Maltreatment. Maresa is interested in studying the impacts of adverse childhood experiences on cognitive development. Outside of research, Maresa enjoys napping, singing, cooking, Sudoku, and writing poetry. Maresa has completed Standard Safe Zone Training and Safe Zone Gender Identity & Gender Expression at The College of Wooster. (Pronouns: she/her/hers & they/them/theirs) 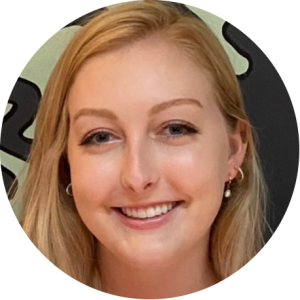 Margaret is a full-time Research Assistant on the STTAR study. She graduated from Vanderbilt University with a B.S. in Child Development, a B.A. in Psychology, and a minor in Cognitive Studies. As an undergraduate, she worked for three years in the Stress and Coping Lab under Dr. Bruce Compas, studying the relationship between coping styles and psychological outcomes in those with adverse childhood experiences as well as investigating the effectiveness of a depression prevention program for adolescents. More specifically, Margaret wrote her Honors Thesis on the impact of parent expressed emotions on changes in child expressed emotions during parent-child interactions and how these changes may affect one’s risk of developing depression. Margaret is interested in studying the impact of early life experiences on later psychological and neurological outcomes, particularly in adolescent populations. In the future, Margaret plans to pursue a PhD in Clinical Psychology. (Pronouns: she/her/hers) 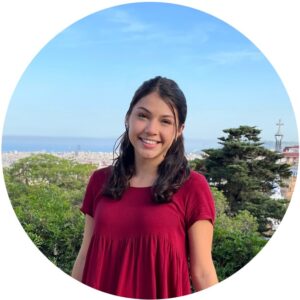 Maria is a full-time research assistant on the WHALE study. She graduated from UNC-Chapel Hill in May 2022, with a B.S. in Psychology and a minor in Biology. As an undergraduate, she worked on various studies in Dr. Sara Algoe’s Emotions and Social Interactions in Relationships (EASIR) Lab. In this role, she studied various aspects of romantic and platonic relationships including initiation, maintenance, and the link between these relationships and our physical and emotional wellbeing. Additionally, Maria was a member of the Spring 2022 cohort of Karen M. Gil interns at UNC. Through this internship, she worked in the Mother-Infant Biobehavioral Laboratory led by Dr. Karen Grewen, studying the effects of prenatal substance exposure and other early life experiences on baby brain and behavior development, as well as various facets of the mother-child relationship. Maria is interested in studying the impacts of early life experiences on the social, emotional, and behavioral development of children, in the context of their greater family structure. She hopes to continue exploring these topics in graduate school and eventually pursue a career in academia. In her free time, Maria enjoys cooking meals with her roommates, exercising, and listening to NPR’s Hidden Brain podcast. (Pronouns: she/her/hers) 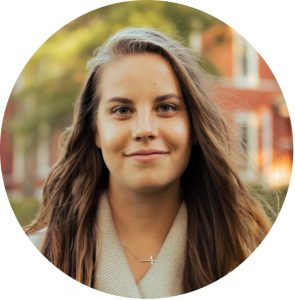 Sophia is a full-time Research Assistant on the Youth Emotion Study. She graduated from the Georgia Institute of Technology with a B.S. in Psychology and a minor in Health and Medical Sciences. During her time as an undergraduate, Sophia’s was a research assistant in the Memory and Aging Lab, studying how resilience and emotion regulation during times of financial hardship changes throughout the lifespan. Sophia is interested in how abnormal stress or maltreatment during childhood effects resilience and risk for psychopathology. In her free time, Sophia enjoys baking, painting, going on nature walks, and playing beach volleyball with friends. (Pronouns: she/her/hers) 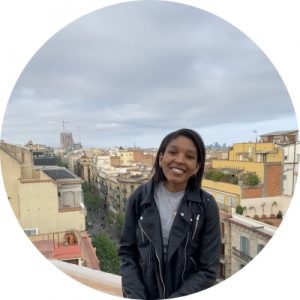 Summer is a full-time research assistant on the WHALE study. She graduated from Barnard College with a B.A. in Psychology. She previously worked as an undergraduate research assistant at Teachers College, Columbia University, where she studied the influence of socioeconomic disparities on children’s brain and cognitive development. Summer is interested in understanding how childhood adversity impacts emotional development and confers risk for psychopathology, as well as how psych research can inform interventions which improve outcomes for children and adolescents. (Pronouns: she/her/hers) 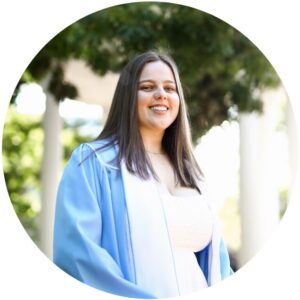 Zoe is a full-time Research Assistant on the WHALE Study. She graduated from UNC Chapel Hill with a BS in Biology and a BA in Psychology with a minor in Spanish for the Health Professions. Since sophomore year Zoe was an undergraduate research assistant in the CIRCLE Lab, primarily assisting in the YES Study and then the WHALE Study. Zoe is interested in childhood development and how external factors influence this including maltreatment, socioeconomic status, and identity. After working for a couple years, she plans to attend medical school to become a pediatrician. Along the way, Zoe wants to refine her research interests and increase diversity and inclusion in science. In her free time, Zoe enjoys cooking, going to concerts, traveling, and weightlifting. (Pronouns: she/her/hers)